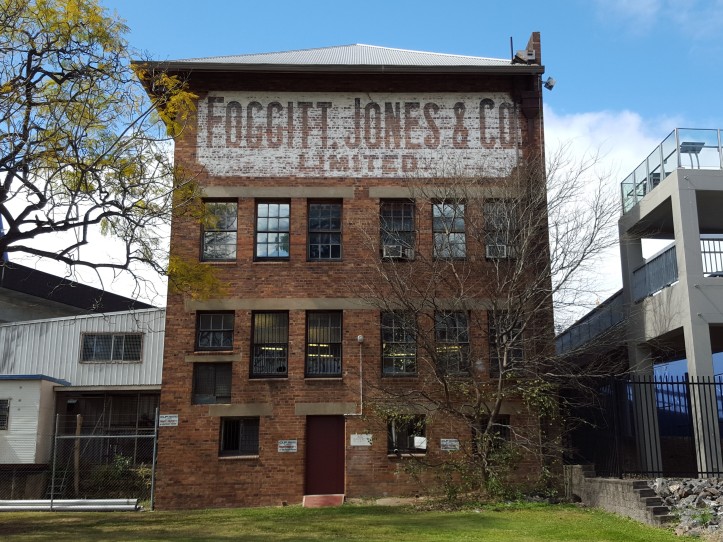 Half the city each day pass almost within touching distance of its brown brick walls. Its high, empty spaces tell a tale of capitalism joining old labor for brilliant business achievement. The Foggitt Jones & Co Limited heritage building in South Brisbane. It’s a century old reminder of one of the great commercial successes.

The company was founded in 1904 when Charles Emanuel Foggitt and Thomas Llewellyn Jones left food manufacturer J.C.Hutton. Together they took over the floundering Oxley factory. Within five years their trade in ham, bacon, cheese, and related foodstuffs, was worth over £1,000,000 a year. They paid over-award wages, premises were scrupulously clean, and their products filled banquet halls and kitchens across the country.

Foggitt ran the processing. He was born to a farming family in Yorkshire, England, in 1865. Two of his sons served on the western front in the First World War, and his third son in the Second World War earning a Distinguished Service Cross and Mentioned in Despatches. His brother-in-law was William Bertram, the long-time Labor member and speaker of the Queensland Legislative Assembly.

Jones ran the business. He was born to a radical family in Welshpool, Wales, in 1872. His father was a strong radical before the labor movement was founded, and his grandfather was a militant chartist who narrowly escaped transportation. Jones was elected as a Labor member to the Queensland Legislative Assembly in 1915, defeating the then premier. He was subsequently appointed to the Legislative Council. In his spare time he served as commodore of Royal Queensland Yacht Club.

The South Brisbane building you see today was built about 1919 for canning luncheon cheese. Business continued to flourish. Foggitt didn’t live to witness the crowning glory however. He died in 1926, the year before his company with partner Thomas Jones as chairman of directors, took over his old employer J.C.Hutton.

Jones himself passed away in 1946. With the founders gone, after a while so too was the passion. The holding company United Provisions Ltd changed its name to Huttons, eventually selling its operations, and delisting from the stock exchange. Today it remains as a private company Australian Resort Developments Limited based on the southernmost tip of the Mornington Peninsula in Victoria.

The old Foggitt Jones & Co Limited building is surrounded by new residential developments. It’s perfect for cafes and specialty food. The kind of places that serve quality hams and luncheon cheese. Quite appropriate, don’t you think?