Chairs a link to the past 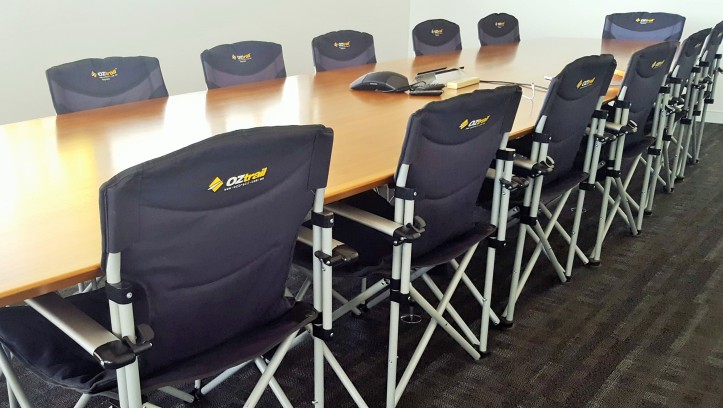 It’s one of the most significant modern history sites on earth, and yet the 80,000 people who pass by the precinct every day know nothing of the ghosts beneath their feet. It’s Eagle Farm and Brisbane’s original airport runway, and you’d be shocked to know its secrets.

Back when Brisbane was the Moreton Bay penal colony in the early 1800s, male convicts and regimental officers alike constantly broke into prison here. It was a female convict prison, and traces of life then can still be found.

The place became one of the world’s early aviation hotspots in 1912 when 10,000 people, around 1 in 12 of Brisbane’s population, turned up to see daredevil American ‘Wizard’ Stone race his Metz-Blériot monoplane against a Cadillac car. Then the famous aviators began to swoop.

Bert Hinkler landed here after his renowned record-breaking solo flight from England to Australia in 1928. That same year, a phenomenal 26,000 people witnessed Charles Kingsford Smith and Charles Ulm arrive at Eagle Farm to a hero’s welcome after their historic flight across the Pacific. Crowds flocked to see Amy Johnson, the world’s first female pilot to fly solo from England to Australia. Then there was Lores Bonney who was the first to fly from Australia to South Africa for which she set out from the Eagle Farm aerodrome. Air travel was becoming a business. With that came risks, like the Airlines of Australia’s fatal Stinson crash in the nearby McPherson Range in 1937.

Today where the original runway once was, there’s an industrial estate with street names like Charles Ulm Place and Amy Johnson Place. I’m here to meet Roy Whittaker of OZtrail. We’re standing pretty much where those early aviators jumped from their cockpits onto the safe ground. Roy has agreed to support my fundraising for Drug ARM Australasia by contributing equipment needed in my bushwalk in September.

I’m retracing the footsteps of national hero Bernard O’Reilly 80 years ago when he found that Stinson plane in rugged rainforest in the McPherson Range ten days after it disappeared. He saved two lives, and spent the rest of his existence regretting that he hadn’t set out earlier because he might have saved a third. I’m attempting the 37 kilometres in a single day to mark the 80th anniversary year, and to raise money for Drug ARM which promotes a healthy lifestyle by reducing the harms of alcohol and other drugs.

Historic aviation isn’t the only link. Roy’s OZtrail is also a notable Queensland story. It’s a family-owned business in which three brothers evolved their father Len’s fabric commercial nous into camping goods operating from Brisbane suburb Sumner Park. They now sell into about 30 countries around the world, and moved into their impressive 20,000 square metre facility at Eagle Farm in 2013. Their board room is appropriately furnished with their own camping chairs made with fabric, much like those in the early planes that landed on this spot all those years ago.

You can donate to Drug ARM Australasia here and follow my hike preparation on Facebook. Any support that you can give is greatly appreciated.