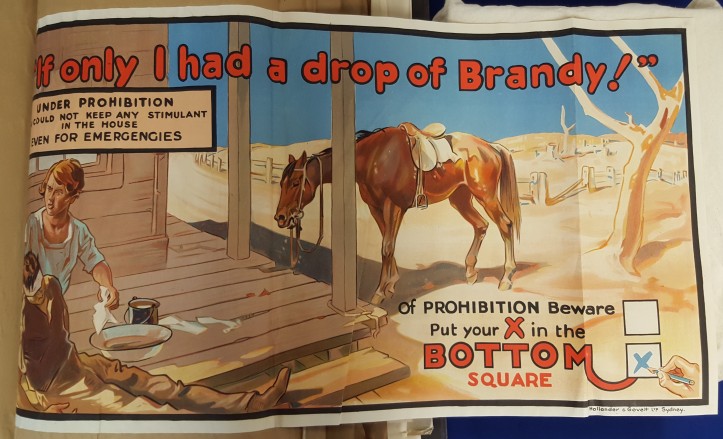 Returned First World War soldiers tramped through towns looking for work. Many hungry, dirty, and bootless. What money they had was often blown on grog. Up before the magistrate for drunkenness, some choosing to end it. Refusing to side-step the issue was one man whose records are of international significance. Today they reside in stained, pine cabinets, in the anonymous Brisbane suburb of Annerley.

Arthur Toombes (pictured here in 1936) was born amid the gold-rush and bronco riding of Rockhampton in 1884, and went to work as a station hand in thirsty outback Queensland. Amid the dust of the Winton races when he was 17, he heard the Order of the Good Templars. Committed to the cause, he became the leader of the temperance movement in Australasia, and a world authority on alcohol statistics.

He was one of the great political organisers of his time. He led the burgeoning temperance movement following WW1, when so many returned soldiers were tragically succumbing to alcoholism. Like the advent of the 20th century’s 13 referendums in Australia on prohibition and licensing, Arthur is now almost forgotten.

However, deep in the archives of Drug ARM Australasia, Arthur’s files live to this day. It’s a marvellous collection of handwritten documents, newspaper clippings of alcohol-related crime, and even anti-prohibition advertising. Drug ARM is the modern face of Arthur’s Queensland Temperance League, and before that, the Moreton Bay Temperance Society founded in the colonial era in 1849. Its contemporary focus is reducing the harms of alcohol and other drugs, and improving mental health.

Seeing the archives is a step back in time. Open a cabinet and you’re swathed in the air of ancient parchment. There’s the very first volumes of the Australian Temperance Magazine from 1838. Journals not held in any other library. Artefacts from Brisbane’s Canberra Hotel, for so long the flagship of the temperance movement worldwide. And there’s Arthur’s scrapbooks. There’s even the advertising of his opposition from the 1928 referendum, the Liquor Trades’ Defence Union of New South Wales. Many of the colourful posters are by advertiser Hollander & Govett. It was managed by the founder’s son who obtained Dame Nellie Melba her first engagement. He was a baritone and sang with her a number of times.

You can still see Arthur’s passion at work today. Drug ARM volunteers provided a safe recharge zone for schoolies on the Gold Coast last week. They do a lot more. Arthur would love if you paused, had a read, and thought how you can help.

To learn more and support Drug ARM, visit its website and watch this media story from Schoolies 2015.