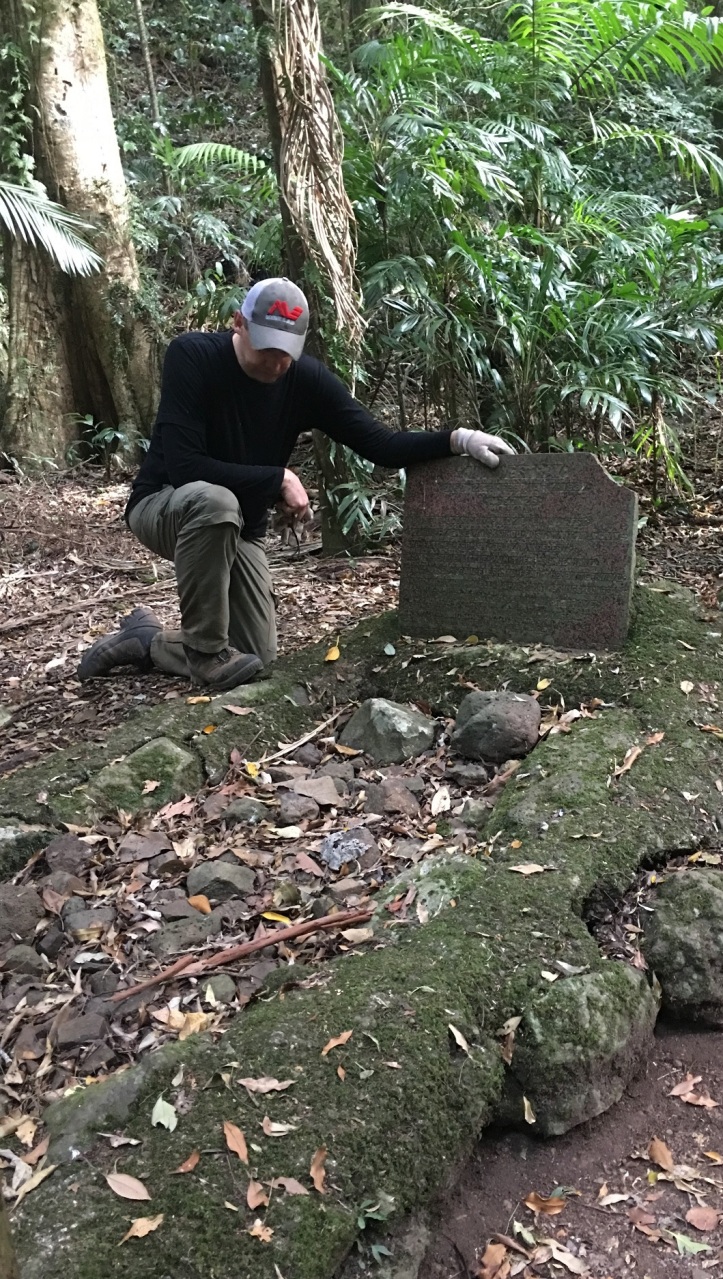 Eighty years ago in 1937, in the formative years of commercial aviation, a Stinson aircraft with seven crew and passengers, disappeared when flying from Brisbane to Sydney. For 10 days Australia held her breath, praying for news, as hope of survivors faded. While official searches were led by false reports 1,000 kilometres south, bushman Bernard O’Reilly set out alone into the virgin rainforest of the Green Mountains in Queensland’s rugged McPherson Range. The Stinson Mystery was already daily news across the country, and what followed made O’Reilly a household name with headlines around the world.

I grew up on that story, hearing it from my dad, as well as O’Reilly himself. He seemed an ancient old man when I met him. In reality, he was only in his mid sixties, but I was just four years old, and everyone seemed old to me. I sat crossed legged, looking up in awe in front of a rickety, pull-up projection screen. O’Reilly told his story as slides clicked over beside him. I remember most of all the photos of straining stretcher bearers, who O’Reilly described as heroes. Right then, I was determined to relive that adventure. Dad said I was too young, so I bided my time. This year, 50 years later and the 80th anniversary of those events, I got my chance.

Our head guide for the walk, retracing the steps of Bernard O’Reilly, was Cat Davidson. Fittingly for this historic walk and the mystery of the Stinson, she hailed from Loch Ness in Scotland. Her passion for this world heritage-listed mountain range and the birds in it, was matched only by her deep respect for the hero-laden story itself. Our second guide was Ben Southall who famously won Queensland’s “best job in the world” a few years ago.

O’Reilly was a religious man, and in the evening briefing before our walk, Cat read from O’Reilly’s book the reason why he set out into the unknown. “The fact that the man so chosen (by God) had spent most of his life in unwittingly fitting himself out for just such a job seems to further indicate a clear purpose behind it all…”

We started from O’Reilly’s guesthouse in the pitch darkness at 4am, still two hours before sunrise. Don’t pity us, because we joined the lucky few to bushwalk through the magnificent rainforest in the dark, surrounded the eyes and voices of the wonderful wildlife of pre-dawn.

An hour in and still dark, Cat consulted her map; this was where O’Reilly had dismounted his horse “The Great Unknown”, slapped her home, and continued on foot. The morning was at its coldest, a mere one degree Celsius, but our hearts were warmed by the glorious sunrise illuminating the valleys and mountain peaks surrounding Mt Warning, spiritually laid out before us as far as the eye could see. A break for breakfast, then it was up and down and up again, often with nothing to follow other than the instincts of our guide, to our highest point of Mt Warendo at 1,140 metres above sea level. The ropes of the lawyer vine left the arms of those without sleeves bloodied. That was forgotten amid the magical healing of ancient Antarctic beech trees lovingly layered with moss.

We climbed the six false summits of Mt Throakban. At 1,120 metres we looked from the point where, 80 years earlier, O’Reilly climbed to see what proved to be the single dead tree of the crash site three ridges distant. I don’t remember much of the next several hours, other than endless climbing through pristine rainforest, and my growing admiration of O’Reilly who continued into the ranges where probably no human had been before, despite there being no certainty that he’d find anything.

Finally, Point Lookout. From there we descended to the Stinson clearing. That’s where the two survivors were placed in tents overnight, before being stretched out from dawn the next day. As others in our party rested and refuelled on lunch, I ventured alone down to the crash site, and luckily survived without any real injury a fall and short slide.

I knew when I was near the plane, because strangely the same fearful dread enveloped me as did O’Reilly. “A numbness shot through my limbs, a sort of coldness that was worse than fear and worse than pain or shock…” O’Reilly didn’t write in his book of the foul stench of death as he approached, as he would in other accounts, but did recall his repulsion. “It was a horrible, unclean thing, which held the trapped remains of once were men – a repulsive thing which I could not go near.”

For a few moments I stood there alone at the historic site, surveying the few rusted bits of metal that remain of the plane. A small area had been levelled in recent years to make it easier to stand. Beside it is the small bush grave of the four men killed and incinerated in the crash.

Back from the Stinson clearing, we continued on a careful 500 metre descent virtually straight down. Every step was a decision, climbing backwards from rock to tree, holding exposed roots and vines for balance. I was narrowly missed by a falling boulder, the size of two basketballs, inadvertently loosened by the climber immediately above; if I’d been hit, it would have surely broken my legs and sent me sliding 20 or 30 metres.

We reached Christmas Creek on the gully floor. From there it was a sombre rock climb to the grave of James Westray. He survived the crash, only to die when he fell down a concealed waterfall having heroically set out for help. O’Reilly discovered him sitting by a rock, ankle smashed, and the stub of a cigarette between his fingers. Westray had died nine days earlier. He’s now buried in the most serene orchid bower near where he was found, his grave marked by a marble headstone and pictured here. The place was breathly silent when I was there, and yet somehow spoke strongly to my soul. I could have knelt there for ever.

The last five kilometres along Christmas Creek were hard. Not because of another climb, since there really wasn’t one. My legs and knees were simply exhausted. The walk ended thirteen-and-a-half hours and 37km after it began. I was tired, yes, however most of all, my emotions were drained. I’d relived a little of the strength and fortitude exhibited by the heroes of the famous Stinson crash and rescue of 80 years ago. Not least of whom included James Westray, survivors John Proud and Joseph Binstead, the subsequent stretcher bearers, and the master bushman Bernard O’Reilly himself.

We must not forget the crash victims, Rex Boyden, Beverley Shepherd, James Graham, and William Fountain. Bernard O’Reilly never did.

My walk was to benefit the charity Drug ARM. From every person you will provide hope and help to – thank you. You can donate before the end of September 2017 here https://give.everydayhero.com/au/stinson-hike-for-health

Eclectic day of time travel – three and a half hours on the track to climb the 300-million-year-old Mount Mitchell, followed by a 19th century blacksmithing lesson and lunch at the 121-year-old Royal Hotel.
If this mystery proves to be true then history will be re-written. Please read and share my story “Captain Cook’s cabin boy” by following the link on my profile.
Thanks to the members at Probus Club of Chapel Hill for being so engaged when I shared stories about Brisbane’s beautiful historic home ‘Dovercourt’, and especially for being so excited to buy my book of the same name. Anyone who missed out can get the book online by following the link on my profile.
When the Detectorist meets Jack Sim the Ghost Hunter wonderful things happen. Rendezvousing at his century old house, amongst the decaying bones, hearse, and morgue, up pop coins and relics that predate the house itself.
A femme fatale and her mother worked in this bakery and shop. Her presence appeared to be followed by a brawl, fatal accident, murder, and death on the front steps of Woolworths. Read the full story “Curse of Lover’s Lane” by following the link on my profile.
In 1948 this Ipswich hotel was buzzed by a UFO in a mysterious incident that has never been explained. Follow the link on my profile for the story, “Australia’s greatest UFO mystery.”