One of the best look-outs over Brisbane is in Highgate Hill by the west end of the city (view pictured below). The park has been frequented since the founding of the one-time penal colony in 1825, and I discovered artefacts there that covered a century-and-a-half of terrific history. Research has connected the most collectible of the items to a man whose name is still spoken of today. The story and short film of the search are below.

Highgate Hill on Dornoch Terrace wreaks of history with the earliest known survey having been undertaken in 1839. An indigenous corroboree ground was just down the hill, convicts felled timber there, and leg irons from an escaped convict were found nearby in the early 20th century. Brisbane’s convict era ended shortly afterwards in 1842 when the district was opened to free settlement. Highgate Hill was still very much farmland and there were very few white people living there. If I was going to find out who lost the things that I found, I had to start with a list of suspects, and here they are below.

A goldmining shaft dug in the 1860s just three minutes’ walk from the park by English-born Thomas Blacket Stephens. He lived less than a mile away and at around that time was the second mayor of Brisbane and treasurer of Queensland.

Just an eight-minute walk away lived Irishman William Theophilus Blakeney. By the mid-1860s Blakeney had built a home set in sixteen acres of land and it is still there today albeit surrounded by high density living. 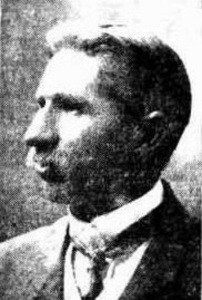 In 1864, Scots Mr and Mrs George Wilson and their family, which soon grew to eight boys and a girl, became the second family to settle in Highgate Hill. It was the Wilsons who gave Highgate Hill its name. Their home still stands at the top of Bellevue Street and backs onto what was then a reserve and today is Highgate Hill Park. The trees there were much frequented by the Wilson children. They didn’t give the home a name but it was called ‘Ronacle’ by a later owner after it passed out of the hands of the Wilson family in 1905. The house was fully renovated just last year. One of the sons was Alexander Brown Wilson (pictured) who was born in 1857 and became the best-known architect in Brisbane. His firm today is managed by a fourth generation of the Wilson family.

The following year in 1865, another Scottish family Mr and Mrs Alexander Macintosh with their family also of eight boys and a girl, settled on Dornoch Terrace just a stone’s throw from the Wilsons. Alexander, in conjunction with another man from Sutherlandshire, named Dornoch Terrace. Alexander built the family home and named it ‘Kinauld’ after his house in Scotland. The Macintosh and Wilson homes were just a quarter of a mile apart, their number of children matched, and were of a similar age, which made it inevitable that these two Scottish families became firm neighbours and life-long friends. One of the sons was Hugh Macintosh (pictured), born in 1857, who became chief draughtsman at the colony’s survey office. In 1882 he was a member of the first Queensland rugby team to visit New South Wales. A newer Kinauld was built in 1887 which still stands today. In evidence of the closeness of the two families, t was designed by Hugh’s friend and neighbour Alex Wilson. In 1932 just before Hugh collapsed and died outside his home in Dornoch Terrace, both the McIntosh and Wilson homes were featured in the newspaper as being among the historic homes of Brisbane. Hugh had Macintosh Island on the Gold Coast named after him.

Scottish-born Simon Fraser was an auctioneer and a member of parliament who is remembered as a dull but respected speaker. He was a member of the Congregational Church in South Brisbane from its foundation in 1866. His home on Dornoch Terrace – the same street as Highgate Hill Park and just two minutes’ walk away – was called ‘Torbreck’. Brisbane’s first apartment tower called Torbreck was built across the road in 1962 and still stands today as a landmark in memory of Fraser’s home.

Highgate Hill Park had a number of illustrious visitors over the years. Lord Lamington, the eighth Governor of Queensland, visited the park a number of times during his tenure in 1896-1901. The morning tea delight of lamingtons was first made in 1900 at Lord Lamington’s Government House across the river and named in honour of his wife. 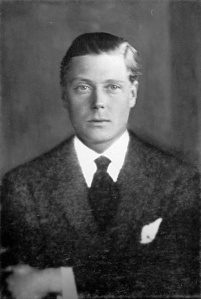 A gazebo was built at Highgate Hill Park in 1911, and the park achieved celebrity status with the visit of the Prince of Wales (pictured) in 1920. He later became King Edward VIII before abdicating in favour of a life with Wallis Simpson.

The discoveries that I made at the park spanned the whole of Victorian and Edwardian life. The challenge was to identify who lost them. There were pieces of a stoneware ginger beer bottle and codd-neck lemonade bottle both from the 1890s. It’s unusual to find codd-neck bottles whole because young boys famously smashed them to get the glass marble inside. Likewise, it’s unusual to find the marble, but find it I did.

Two sterling silver rings were discovered that had been lost by any of the many visitors to the park. I also found a gunmetal ring from the 1890s. Gunmetal is an alloy of 90% copper and 10% tin that is a dark grey colour. It became popular during the 1890s recession. There was a very old ring featuring the letter ‘F’ that was once set with gemstones. Perhaps it’s an item lost by Simon Fraser who passed away in 1887. He was the man who brought the now famous Torbreck name to Brisbane. I unearthed a complete handmade Lackersteen & Co tomato sauce bottle from the 1900s. And there were pieces of a decorative gold-edged china plate which is reminiscent of regal visits by Lord Lamington and the Prince of Wales all those years ago.

Then there were the coins: a Queen Victorian penny from 1868 when South Brisbane was just being mapped, and King George V pennies from 1911 and 1916 that witnessed the visit of the Prince of Wales himself. 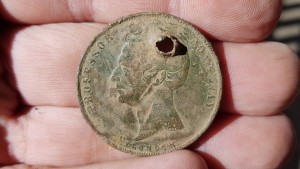 The best items were recovered by my detectorist buddy George who handed me two Professor Holloway tokens. The older was from 1857 (pictured) and is the most personal item that we found. That’s because it had a hole hammered into it so that a boy could wear it around his neck like a medal. I can imagine hours of playing a hero and repelling the threatened Russian invasion.

Thomas ‘Professor’ Holloway produced the penny tokens in a brilliant marketing ploy back when small change was rare throughout the British colonies. He was a colourful advertising genius and purveyor of pills and ointments. His products were said to cure a whole host of ailments, however scientific evaluation after his death showed that few of them contained any significant medicinal value. Holloway became known around the world, was one of the richest men in Britain, and today his tokens are included in museum collections. I just had to know who lost the medal.

After days of scouring newspapers, and poring over archival and library records, the evidence as to who lost the tokens began to mount. My attention turned to Hugh Macintosh and Alex Wilson. They were born in 1857 (the same year as the older token), Highgate Hill Park (where the tokens were found) was between their houses, the two boys were best friends, they were known to play in the park, and there were very few other boys in the area from whom to choose. It could be either of them. However, the smoking gun was that the tokens were found just metres from the back door of Alex Wilson’s house. The young Alex is the boy who lost the collectible pennies. 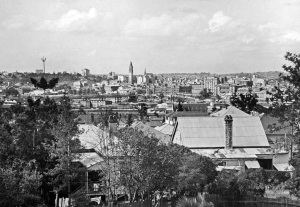 The park may have been famously visited by a future king, but the best artefacts there were lost by a boy. He was the young Alex who left his treasures outside the backdoor one evening when he was called to come inside.

The life’s work of Alex is today commemorated by the 136-year-old firm Wilson Architects which he founded, and his boyhood is remembered by a dirty medal that he wore on a string.

That’s Alex Wilson’s house in the front right of the photo above. His lost treasure would remain hidden for another seventy years just out of shot this side of the fence when this photo was taken in 1948.

Bushrangers, Queen Victoria, hand grenades, and Netflix – all in one family, and now in one chapter in my new book about one amazing house Dovercourt. Please follow the link on my profile to read the story, “A family story with bushrangers, hand grenades and Netflix.”
It’s awesome news from the @awmemorial that one hundred and two years after his death, a First World War Light Horseman has at last been included on the Roll of Honour. Follow the link on my profile to read and hear on @westbremerradio the exciting news, “Light horseman recognised after 100 years.”
I was very excited (and nervous) to be presenting to the owner of 'Dovercourt' the results of my research today! Use the discount code INSPIRE15 through April 9 for a 15% discount for your own copy of the book about this amazing historic home. Follow the
An Irish-born Spitfire pilot, MI5 agent, Tiger Moth, sporting great, Australia’s longest suspension bridge, and pure chance all lead to this amazing story. Follow the link on my profile for the story “Godfrey’s Tiger Moth myth”.
Awesome discoveries inside this tin of old coins - five different monarchs!
My radio segment this Saturday comes from the Royal Queensland Aero Club (where I've done half my flying) and I find out that an incredible Tiger Moth urban myth from 85 years ago is true! Download the app from @westbremerradio and listen live this Easter Saturday morning after 8am (Brisbane, Queensland time).