George, Jesse thanks you 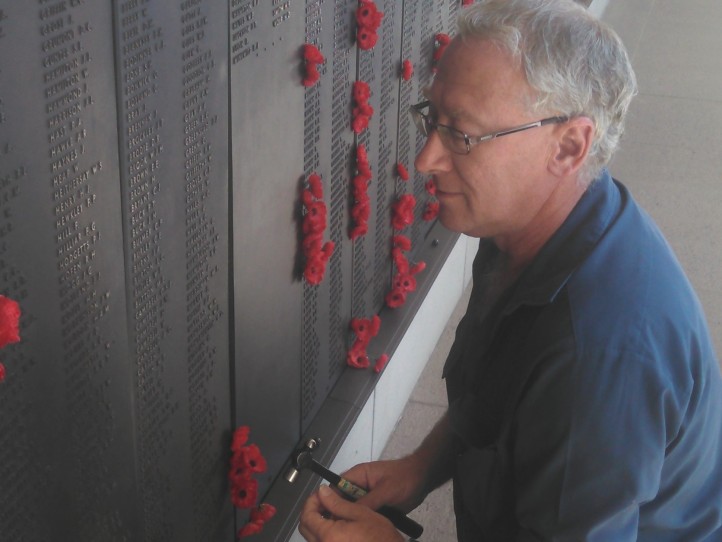 Dust blew across the Suez this week where 101 years ago, almost to the day, the body of Jesse Humprhyis slipped silently into the sea. The bugler played the Last Post then and now. This time it was at the Australian War Memorial in Canberra where a century of wrong has finally been righted.

Jesse was 18 in 1914 when a dodgy heart kept him out of the First World War. He had another go and they let him in. That decision proved fatal, because even before the main fighting began, the young Victorian was dead the result of heart complications. His mother passed away of heartache seven years later, exasperated by bureaucratic bungling.

“Well, we finally have everything fixed on the Roll of Honour. Sorry it’s taken so long,” Meredith the wonderful assistant curator of honour rolls at the Australian War Memorial wrote.

George from the conservation team stepped forward. Mindful of the errors that had come before, his hammer at the ready. He joined Ahmed the chief engraver at the Chatby War Memorial Cemetery in Egypt, in ending the patronymic pain of Jesse’s long suffering family.

You see, Jesse had the ignominy of his surname misspelled on official rolls for a century. Once the error was spotted, it took a further 7 years for the Commonwealth War Graves Commission to rectify the issue in Alexandria. The Australian War Memorial took a little longer, and even made another error in the meantime, but came good this week thanks to George.

Jesse’s name is now perhaps the most corrected among more than 102,000 Australians who died serving their country. His family can at last seek out their son among the bronze panels with a little bit less pain.

Also read Part 1 and Part 2 of this Jesse Humphryis trilogy.