The dark secret that eluded victory 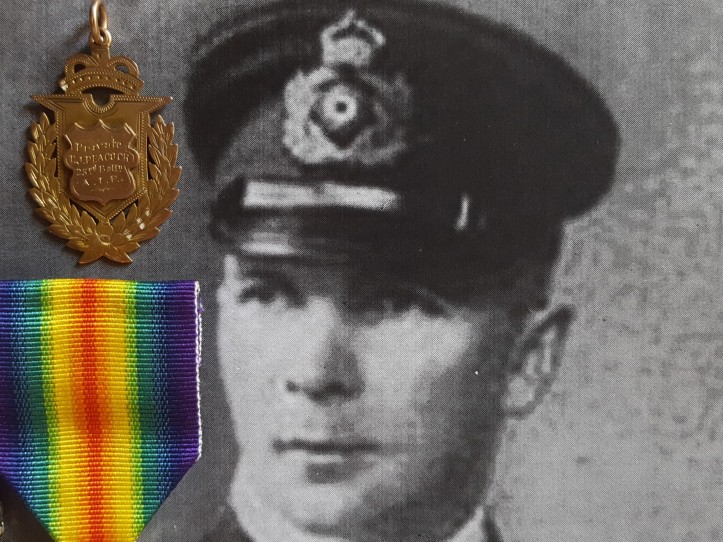 The old man eased back his chair, glass in hand, his black piercing eyes recalling the harvests that would now have ended with the onset of monsoons. He was seeing once more the fresh mountainous region in West Java, south-east of Batavia in the Dutch East Indies, where he’d managed the tea plantation with typical German precision. Buried in the deep recesses of his mind was a dark secret, one which for me marks its centenary this week.

Max Viebeg was born in 1887 in Rössel, in the historical region of East Prussia on the northern slope of the Baltic heights. In the 13th century, a fortress of the Knights of the Teutonic Order was built on the site of the town. Dreams of battle coursed through Viebeg’s veins when in 1906 he joined Kaiser Wilhelm’s rapidly expanding Imperial German Navy. Viebeg was swiftly promoted and within six months of the First World War breaking out in 1914, he was given his first command of a German submarine, the deadly U-Boat.

U-Boats under his command accounted for 50 ships sunk, 10 damaged, one taken as a prize, and thousands of dead. He was highly decorated, including the Pour le Mérite which was Prussia’s highest military award. Only 49 were given to navy personnel throughout the war, including to the admirals of the fleet themselves, Alfred von Tirpitz and the Kaiser’s younger brother Prince Henry of Prussia. The decoration was known as Blue Max.

Whenever Viebeg left one U-Boat to command another, shortly thereafter it was sunk. His luck continued aboard UB-32 in the early afternoon of Wednesday the 25th of April 1917, when through his periscope he spied the SS Ballarat. She was on passage from Melbourne to London with fresh Australian troops from Victoria, and general cargo including copper and bullion. Another torpedo and another ship went to the bottom. At over 11,000 tons the Ballarat was by far the biggest victim of his career. The very next day, Viebeg was promoted. Today the Ballarat’s remains still rest in about 80 metres of water off the Cornish coast.

When the fighting ended in 1918, Viebeg surrendered his command to the Italians. The Treaty of Versailles was signed in 1919, and Viebeg left the navy the following year. In accordance with the treaty, a popular vote took place Viebeg’s home town of Rössel and 97.9% of the population voted to remain with Germany. He left to manage a tea plantation in the Dutch East Indies, and passed away aged 74 on the 9th of November 1961.

At the same time, in Heidelberg north-east of Melbourne, sat another old man. He was rejoicing with his family having just celebrated his 88th birthday. He’d served with the Australian Army in the First World War, enlisting at 44 years of age to prevent his only son going to war, and survived a gas attack in the Battle of Ypres. Upon his return home, he was awarded an engraved gold medallion by a federal senator, and later the British War Medal and Victory Medal. This old man was Tom Peacock, my great-grandfather, and he was aboard the SS Ballarat the day she was sunk by UB-32. Miraculously no lives were lost.

Tom outlived Viebeg by 21 days. The German, pictured here, could only dream of Tom’s gold medal, and particularly the Victory Medal, that could never be his.

This Anzac Day spare a thought for the 100th anniversary of the 1917 sinking of the Ballarat that brought these two men, and many other Victorian recruits, together in history.