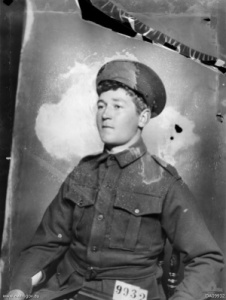 By the middle of 1916 the Great War had been raging for nearly two years. The British-led naval and then land assault on the Dardanelles had failed, while the conflict in Western Europe had stagnated. The ANZAC focus shifted principally to the European quagmire.

Yesterday was the 99th anniversary of the Battle of Fromelles, the first major battle fought by Australians on the western front of the First World War. On 19 July 1916, Private Charles Barclay huddled in a forward trench. The Somme Valley and the German-held French villages of Fleurbaix and Fromelles lay before him. The action in which he was about to take part was to become the worst 24-hours in Australian military history, with 5,533 casualties suffered on that single day.

Twenty-year-old Charles Barclay was waiting his turn to jump over the parapet and charge to near-certain death. A German artillery shell got him first, and after clinging to life for fifteen days, on 3 August, the boy who lost his father when he was a baby, lost his flight for life and was buried in Boulogne, France.

Charles was a fruit grower who grew up in Harrietville, Victoria. His grieving mother Rosina had already lost her first husband, and two babes in arms from her second. Now she’d lost her first husband’s only child, and all she had to cradle was this tattered photo, and the boy’s mouth organ which he had taken away with him, and the army was kind enough to return.

Charles’ sad story is included in my book “Great Wars” due out towards the end of this year. Email historyoutthere@outlook.com to register your interest and receive a discount voucher when the book is released.