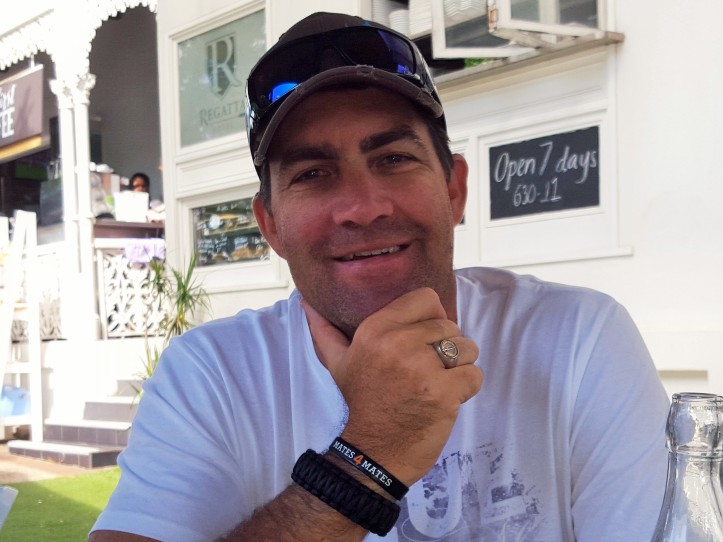 The sun in the perfect blue sky played softly through green leaves. The tranquil morning was accentuated by the calming aroma of a street café. Sitting there is Phillip, intelligent and articulate. On his wrist is an army survival band made from parachute cord, a support wristband, and on his finger is a platinum ring with a gold bayonet and wreath.  “There was a time when I didn’t want to live anymore,” Phillip said.

Sixteen years in the Australian Army, where his life depended on trusting the other eight blokes in your section, didn’t prepare him for life after. He left and got his university degree. Phillip’s default position was to trust everyone around him, but he couldn’t, not always, and it hurt.

He served 5 months in Somalia with the infantry, twice nearly falling victim to an unauthorised discharge, and then coming face to face with a bandit brandishing an AK47. Later it was 6 months with transport in East Timor, the mission about which Phillip says 70% of marriages of veterans ended in divorce.

Phillip was mistreated by some around him, and needed time with his family. So he left a career he enjoyed and mates he trusted. He said that for some life after the army can’t live up to what you did before, so you withdraw, or you decide to move on. “At least one of my section has passed away,” he said of a soldier suicide.

For a decade, Phillip never marched on Anzac Day. He’d go to the dawn service and then home to watch the footy in isolation. He hated the army, and his personal life was a roller coaster.

Phillip found Mates 4 Mates and The Journey Home Project, and new wife Heidi introduced him to ManKind Project. That allowed Phillip to make the decision to change. This year is the third Anzac Day on which he’s marched. He wore a smart blue suit and an indigenous serviceman’s badge in support of his mates with whom he served. He’s now celebrating life, looking up people from the past, reconnecting and reclaiming his military heritage.

His father was a Nasho conscripted into the National Service. His grandfather was a Welsh coal miner from the age of 8, joined the Royal Navy at 14, and at Dunkirk in the Second World War, his ship was twice torpedoed and sunk from under him.

“That’s why I came up with the idea for a ring,” Phillip said, referring to the striking Infantry Combat Badge ring on his finger, and what it means to him. “I wanted something to pass onto my children, an heirloom, something for them to have when I’m gone.”

“The ring is a symbol of my pride for what I did, where I went, how I served and who I served with. It is about me claiming back what I previously felt was stolen from me. Now I know I gave it up because of the behaviour of others and because I had depression and didn’t realise it.”

He initiated the design based on the badge he’d earned for his infantry service in Somalia. He served in 1 section, 1 platoon, Alpha Company, 1st Battalion of the Royal Australian Regiment. Phillip smiles across a coffee when he says that his ring is also numbered #1. He now wears the insignia with pride, and so he should.

Click here to see Phillip and his 1 RAR march in the 2016 Brisbane Anzac Day parade.